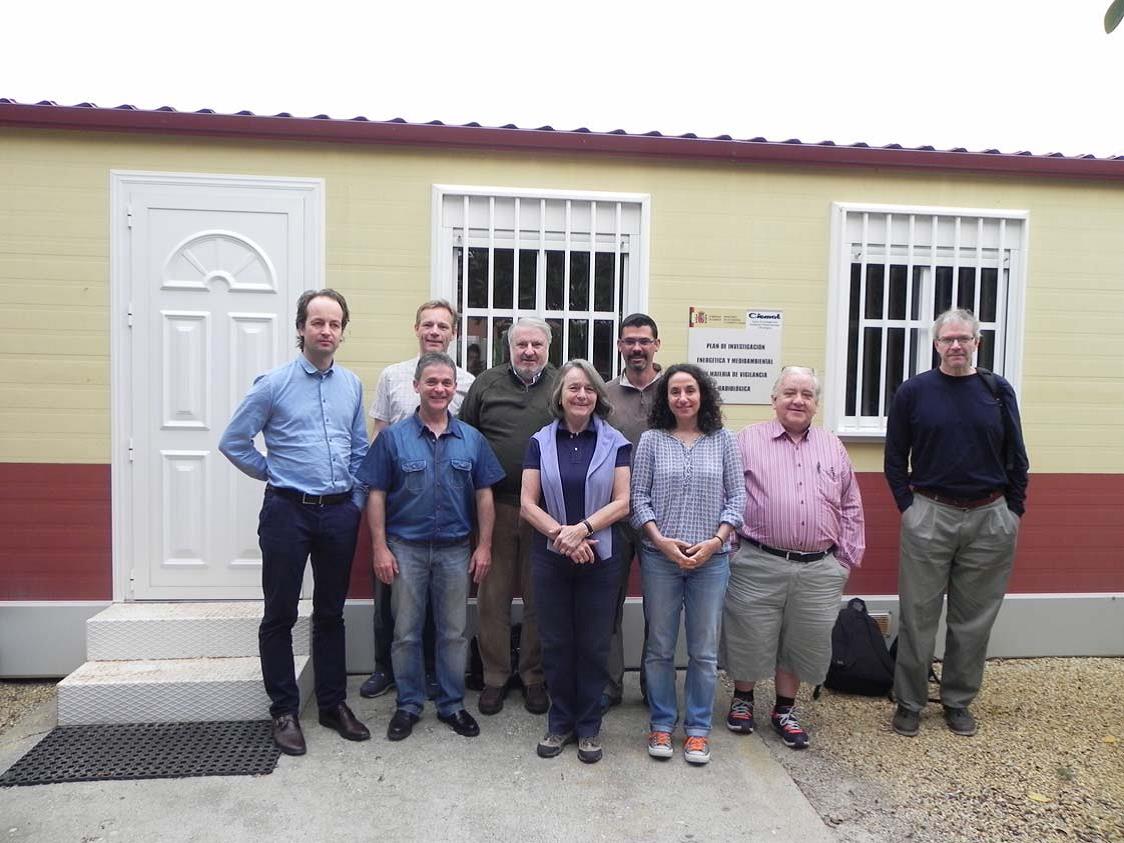 A major fraction of refractory radionuclides such as uranium (U) and plutonium (Pu) released to the environment from the nuclear weapon and fuel cycles is present as particles ranging from submicrons to fragments. Such particles can carry a substantial amount of radioactivity (e.g., fission and activation products, transuranics) and associated metals, and can act as point sources. Furthermore, U particles (progenies, metals) are present at NORM sites.

Research indicates that particle characteristics such as composition, atom and element ratios depend on the emitting source, while particle size, structure and oxidation states are closely linked to the release scenarios. Following deposition, ecosystem transfer of particle associated radionuclides are delayed compared to mobile radionuclide species; i.e., ecosystem transfer would be delayed until particle weathering and remobilisation of associated radionuclides occur. The apparent soil-water distribution coefficient (Kd) will therefore change over time, and the thermodynamic constant concept should be replaced with rate functions.

Thus, the present project focuses on particle characteristics, weathering rates, remobilization and prediction of ecosystem transfer of radionuclides associated with U and/or Pu containing particles originating from selected key sources (nuclear weapons tests, safety tests, conventional detonation of nuclear or DU weapons, nuclear reactor accident, NORM). Utilizing advanced techniques, leaching experiments in which well characterized particles are exposed to abiotic and bioticdegradation agents will be performed under different temperature conditions of relevance for the Arctic and for temperate zones.

Overall objectives of the present project are to fill knowledge gaps related to transformation processes influencing weathering of radioactive particles released to different ecosystems and the subsequent release of associated radionuclides, to reduce the uncertainties in environmental impact assessments of particle contaminated sites. To achieve the objectives, focus is put on:

RATE is directly focused on the research questions put forward in the COMET WP3: Improving and validating radioecological models, and on the objectives of the COMET Hot particle group: “The overall aim of the project is to improve our ability to describe the processes of Hot Particles transformation and radionuclide leaching in various media, which influences on bioavailability and thus transfer over time.” Similarly, RATE focuses on the source term characterization, being essential for NERIS/PREPARE WP1.

The work has been separated in four Research tasks with specific scientific challenges, forming the basis for conclusions of generic value:

Status of the Project

A first milestone associated to this research has been the creation of a database with the information until this moment known about identified and isolated hot-particles that are available for performing the transformation studies: biotic and abiotic experiments.

The preliminary database is formed by selected isolated hot particles with quite different origin which has been made available by the different partners of the RATE project. This database is not exhaustive, being important to indicate that the partners have in their archives (or has access to) contaminated soil samples from different origin from where they can identify and isolate additional particles for the projected transformation studies, if they are needed. But, in spite of this fact, we can indicate that this preliminary database is a unique selection of particles of well characterized anthropogenic and naturally occurring nanometre-millimetre size particles representing different historical sources and releases scenarios, which will allow obtaining very rich and original information for prediction of ecosystem transfer of particle-associated radionuclides

The available particles have been isolated form soil, sediments and NORM industrial compounds by applying either the autoradiography technique by P-imaging or by applying a binary separation technique based on the determination of gamma-emitting 241Am which, arising mainly from the decay of 241Pu, can be taken as an indicator of the presence of Pu in the sample.

In Table 1 is compiled the information  is information about the number and origins of the particles that are included until now in the preliminary database created, and consequently that are available for the projected transformation studies.

As it can be deduced from Table 1, special focus will put on the study of transformation processes in particles of Palomares and Thule accidents. In both cases the same source was involved and the accident and releases scenarios were similar.

a) B-52 bombers carrying thermonuclear bombs were involved, b) the plains crashed after fire c) the bombs detonated conventionally with subsequent explosive fire, d)  in the bombs enriched U and weapon grade Pu coexist as mixed oxides (but no homogeneously mixed), e)  the particles contain low 239Pu/235U (0.62-0.78) and 240Pu/239Pu (Thule:0.027-0.055; Palomares: 0.06) ratios, f) the particles have similar morphology and XANES profiles.

But, the particles originated in both accidents are residing in very different environmental compartments since late 1960s (semi-dessert for Palomares vs benthic marine for Thule) . The results until know seems to indicate that Particle characteristics are apparently more dependent on the source and the release scenario than the environmental conditions.

The set of particles compiled for the transformation studies have been characterised by applying different non-destructive techniques.  The application of these techniques have not been until now uniform for all the particles, being at this stage  under development the homogenisation of the applied techniques in order to have similar and homogenous information from all the particles. In spite of this fact, in the great majority of particles the actinide content has been determined by applying different non-destructive radiometric techniques: X-ray spectrometry with high-resolution LEGe detectors, high-resolution gamma-ray spectrometry with LEGe detectors and/or conventional gamma-ray spectrometry with Ge detectors.

In conclusion, we can indicate that 32 particles/fragments are initially available for the transformation studies in the frame of the RATE project. And in them, characterization of particle properties or particle associated radionuclides using the advanced solid state speciation techniques as well as atom ratio/isotope ratio/element ratio determinations compiled in Table 2 have been or will be applied. 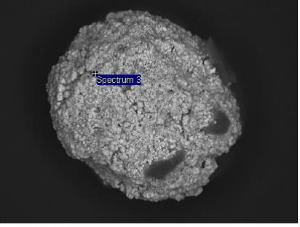 Figure 2.-  SEM image of a Spherical particle from Palomares with a diameter of 50mm and with a granular structure in the surface 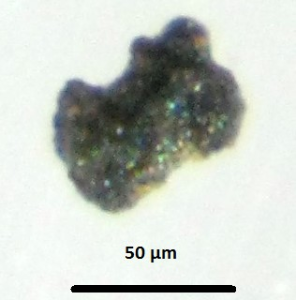 Figure 3.-  Image (obtained with an optical microscope) of a  particle from Thule

Figure 4.-  SEM and m-XRF mapping of a Chernobyl U fuel particle carrying radionuclides and stable elements 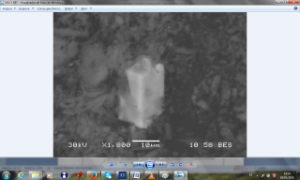 Figure 5.-  Small NORM hot-particle found in the filtration unit of a phosphoric acid plant. With polygonal structure, is mainly formed by U, as was deduced from SEM-EDX analysis.

The partners of RATE had the last meeting (April 2015) in Palomares, Spain. During two and half days, the participants, a) visited the different areas affected by the Palomares accident in 1966 under the guidance and hosting of the CIEMAT group, b) discussed the final version of the report associated to the first milestone (summarized in the previous paragraph), and c) define the main points of the protocol for the abiotic experiments, to be applied by all the partners. 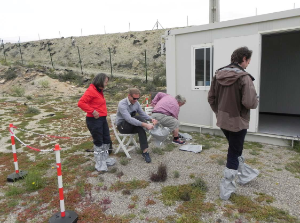 Figure 7.-  Some RATE partners in their visit of one of the terrestrial zones affected by the Palomares accident.

The first experiments of task 2 (abiotic experiments) and the searching for heterogeneities in biota from areas affected by hot-particle contamination has started.  The first results will be presented in the coming updates of this web page. These results, on the other hand, will complement the results obtained by some partners in similar previous experiments. As an example, in Figure 8, the result obtained in an incubation experiment with a hot-particle collected in Semipalatinsk is shown. 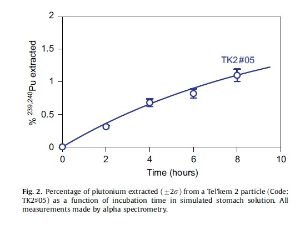 Figure 8.-  Percentage of plutonium extracted from a Tel´kem particle as a function of incubation time in simulated stomach solution.